Cyprus is an island which is one of the largest and most populous one in the Mediterranean. It is positioned between Turkey, Greece, Syria, Lebanon, Israel, Palestine and Egypt.

The Republic of Cyprus, which is the official name of the island, has been discovered by humans since around the 10th millennium BC. This is the reason why the it is very well known for the archaeological remains. As well as water wells all around the world.

Because of its strategic location, many empires were attacking and occupying the island. It was occupied by Roman Empires, Arabs, French, Ottoman and Venetians. But since 1914, the island has been formally annexed by Britain.

An important part of the population was Turkish Cypriots. Which is the reason in 1950 there were people who were trying to make Cyprus an extension of Anatolia. During 1974, national violence started which ended having an island split. The land is split into two parts which are on the same stage as it is at the moment. The south part is the Cypriot part and the north is the part which has been taken from Turkish.

How the it was created?

Furthermore, it has been said that the land has been created because of earthquakes. Also, the highest mountain Troodos was a volcano which was active many years ago which then ended up creating a land which is now called Cyprus.

The weather is sunny and dry most of the times of the year. This the main reason many tourists prefer Cyprus as their destination. Except for the weather, Cyprus has got very beautiful beaches, traditional food, museums, cafes, etc. Which are making the country more attractive not only to people who are coming from other countries. Also, local people who can spend their weekend somewhere different than home. 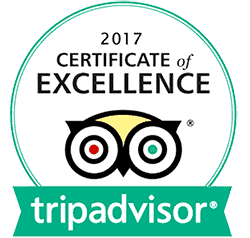 We have been awarded a certificate of excellence. We appreciate your feedback and thank you for choosing us! Hope to see again soon!