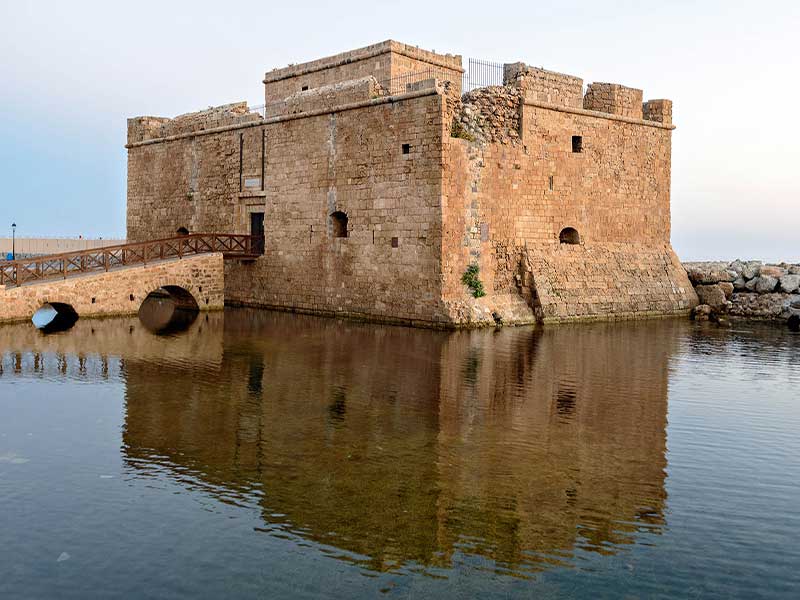 Few words about the history of Paphos

Paphos is one of the six cities of Cyprus and it is located on the southwest part of the island. It has been inhabited since the Neolithic Times and since that time it has two parts. The Old Paphos (Palaepaphos)part and the New Paphos part. It is very well known in mythology that Aphrodite was was born in a small village which is called Kouklia.

From mythology, Aphrodite was the goddess of love and beauty and Paphos was the place she chose to live as it used to be the capital of Cyprus many years ago. Apostle Paul visited the town during the AD and now the town is included in the list of cultural towns of UNESCO because of their heritage, culture and natural treasures.

Kato Paphos is part of the city which is near the port and where most of the hotels, cafes, restaurants, souvenir shops are located. On the other side, Pano Paphos is the central area of the town where the Council, other government buildings, many other private companies and a lot of supermarkets and other shops are located.

In the old town, there are interesting attractions and famous and traditional habits of the previous years which people kept for many many years. There are many small shops where you can buy traditional sweets and food which you cannot find in the normal supermarkets. Moreover, many houses are still keeping the tradition alive by making traditional food, knitting clothes, table tops, etc.

On the other side, New Paphos is the modern part of the city which includes different attractions, cafes, the famous port, and other interesting facilities which makes Paphos an excellent and interesting destination for tourists. The new town has also got more modern shops which sell clothes for different ages, large supermarkets and different other entertaining shops.

An important part which keeps the city alive is a large number of tourists who are visiting the city every year. Many people worldwide prefer to visit Paphos as their holiday destination because of the beauties of the town. Starting from the sunny weather which is not only during the three months of the summer.

Attractions and other places to visit

Paphos is probably the town with the most attractions comparing with other cities of Cyprus. There are a lot of places you can visit depending on your requirements.

The above are examples of places you can visit around the town. Of course, there are a lot more interesting attractions around the town. We are able to provide our taxi services to any of the specific destinations and our customers can easily book their taxi either by calling us, emailing us or through our >>ONLINE BOOING FORM<<.

From where the name is coming from?

The name of the city has been linked with archaeology. Mainly with goddess Pygmalion who had a son called Paphos. Nowadays the official name of the city is “Paphos”. But may visitors pronounce it “Pathos” for a strange reason. And so you know “Pathos” means passion so do not worry if you ever pronounced it wrong.

We are professional Paphos taxi services company located near Paphos/Pafos city centre. Having many years of experience, we always provide exceptional taxi services mainly around Paphos. Our aim is, of course, to always have satisfied customers and provide high-quality taxi services!