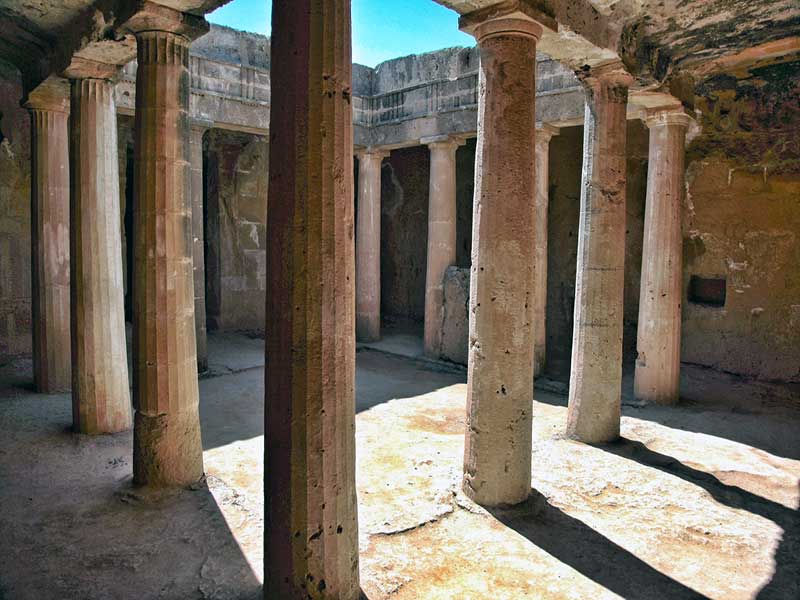 Paphos town is one of the coastal towns of Cyprus that contains many beautiful locations and attractions. Many tourists are visiting Paphos to enjoy attractions in Paphos and learn information about the history of the town. We are providing a list of the top 5 attractions and places which are a must-visit during your holidays. Of course, there are people with different opinions. But listening to the opinion of both local people and tourists, we ended up with the specific list as below. And just so you know, Taxi Vangelis & Son is able to provide taxi services to and from specific attractions. You can >>BOOK TAXI ONLINE<< specifying the pickup and drop off place.

Kato Paphos Archaeological Park is one of the most important and valuable attractions of the city. It has been awarded by UNESCO as
one of the World Heritage Sites in 1980. There are many interesting historical ruins you can enjoy. There are mosaics, statues,

murals and other archaeological discoveries.

The most well-known part of the archaeological park is the Ancient Odeon. Oden was an archaeological-style theatre which was used
in the past years. Nowadays Odeon has been refurbished and is used for different theatres that take place in Paphos during summertime.

There is also another part of the Archaeological Park which is very well known. It took his name because many kings in archaeological years
had their last resting. It is a very beautiful underground area which is supported by Doric pillars.

Many years ago Cyprus has been occupied by Romans, British and Ottomans. An important place for the occupiers was Paphos Castle. The 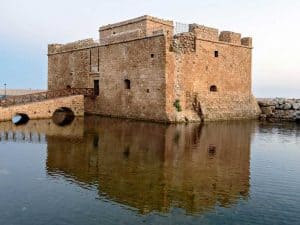 main reason occupiers wanted Paphos Castle was because they were using it as a military base. It was the first fort which has been built during the Byzantine period and was used as protection for the port. But through the years the castle has also been used as
a prison and fortress.

Nowadays many visitors are visiting Paphos Castle since it is considered an archaeological attraction. You can also enjoy the castle from inside and check all the different locations where people used to hide their food and armament. Walking through the narrow stairs to the top of the castle you can also enjoy the view and get a better understanding of how people used to fight during that period.

Finally, Paphos Castle is one of the most famous of all attractions in Paphos. So you need to plan a visit during your holidays. 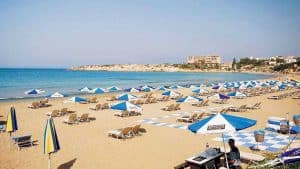 One of the most popular, if not the most popular, the beach in Paphos is placed north of Paphos near Peyia centre. The clean water and beautiful sand are one of the main characteristics of the beach. Many people from other countries and cities are visiting Coral Bay
to enjoy a great sunny day out with family and friends. There are also different bars and restaurants you can buy drinks and snacks.
If you fancy having a more extreme day out then there are plenty of water sports you can use. There are also of course water sports
which are also suitable for families (ex. slide-cycle). On the other hand, if you are looking to have a relaxed day out lying under
the sun then this is a great place to visit.

An important part of Paphos has been declared and protected by the European Union as a protected area for animals. Due to the number
of turtles that are born the area is now protected and people cannot use the specific beach. Many turtles are visiting the area
to grow their eggs. After a specific period, baby turtles appear and swim towards the sea to travel to other destinations.

A bit further from the point which is protected, there is also a beautiful beach which can be publicly used. The specific beach is
very famous to both local people and tourists because the is extremely clean and crystal and the golden sand is very soft and
smooth.

Petra Tou Romiou or “Rock of the Roman” is one of the most beautiful and famous beaches in Paphos Cyprus. It is located near the main
road which connected Paphos and Limassol. Many people are visiting the place to enjoy the clear water and learn more about the story
of the rock. 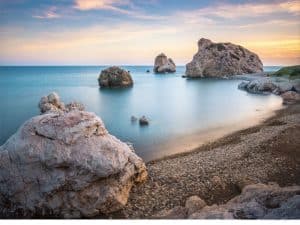 Petra Tou Romiou is also known as Aphrodite’s Rock and it is a very well-known place both for local people and tourists. Travelling from
Paphos to Limassol or from Limassol to Paphos you will be able to see it from the main road. It is a very large rock where people
also usually climb and dive from the highest point. The place is very easily accessible since it is connected with the main road which
connects Paphos with Limassol.

The story of Aphrodite’s rock begins with a myth which says that it was the place where Aphrodite’s birth took place. This from where
its name is coming from. There is also another myth from the Byzantine years. The name of the rock is “Petra Tou Romiou” which means
“The Rock of the Greek”. The specific name represents a legend called “Digenis Akritas” which was an ancient hero who through the
rock to the enemies that were attacking them from the sea. Sarakinians, who were the enemies were trying to capture Cyprus, but
Digenis Akritas stopped them by throwing the rock towards them. The rock landed at the point where it is still sitting nowadays.

We are professional Paphos taxi services company located near Paphos/Pafos city centre. Having many years of experience, we always provide exceptional taxi services mainly around Paphos. Our aim is, of course, to always have satisfied customers and provide high-quality taxi services!